HAVANA, A WORLD TO DISCOVER

At Hotel Saratoga we are passionate about the city of Havana, its history, its corners and its people, and nothing congratulates us more than our clients discover their wonders. However, 500 years of history go a long way, so here we show you briefly the places you can not miss during your stay in the capital. 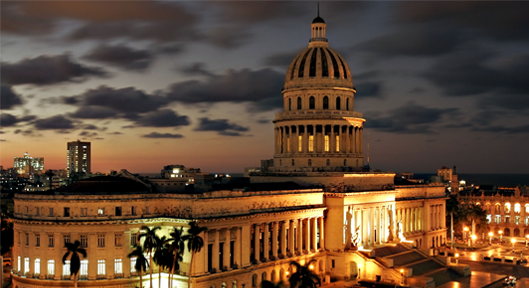 The National Capitol of Havana was built in 1929 by order of the then Cuban president Gerardo Machado to house the House of Representatives and the Senate of the Republic of Cuba. Inspired by the capitol of Washington (United States), it is the kilometric origin of the Cuban road network and one of the most visited monuments by tourists, attracted by the richness of its ornamentation and the quality of the materials used.

Since the triumph of the Cuban Revolution in 1959 to date, the monument hosts the headquarters of the Ministry of Science, Technology and Environment and the Academy of Sciences of Cuba. 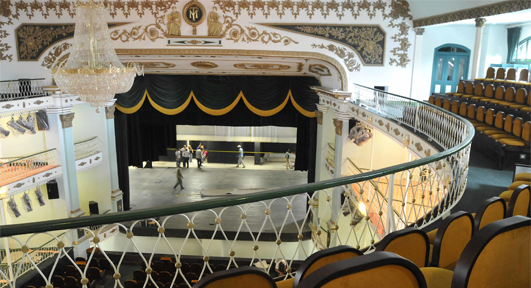 A jewel of Cuban neoclassical heritage, it was built by Ricardo Irijoa in 1884. Originally known as the Irijoa Theater, it was renamed the Martí Theater after Cuban independence in honor of José Martí, leader of the Cuban Revolutionary Party and father of Cuban independence.

The theater obtained a great fame thanks to the representations of vernacular theater, bufo, zarzuelas and operettas of patriotic content. It was closed in 1977 due to the poor state of the structure and would remain so for 40 years, until its complete restoration (faithfully respecting the original design and decoration) and reopening in 2014.

Agramonte Street Entrance price depending on the function 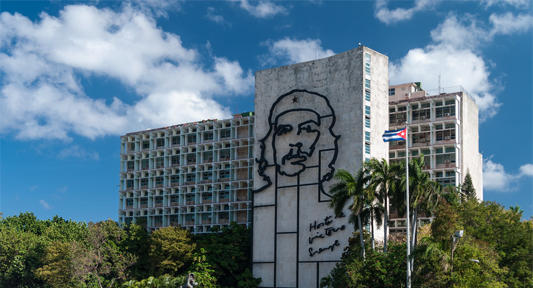 Named like that in 1961, shortly after the end of the Cuban Revolution, the plaza was originally built by the Cuban ruler Fulgencio Batista under the name of Civic Plaza, and was conceived to house the monument to José Martí (father of Cuban independence), which consists of a tower 112 meters high (142 if we count the flag) and a marble statue of Marti of 18 meters.

With 72,000 square meters it is one of the largest squares in the world. In the surrounding buildings you can see the reliefs of two of the most famous Cuban revolutionaries: Che Guevara with the appointment "hasta la victoria, siempre" and Camilo Cienfuegos. Throughout its history it has been the scene of numerous events of great repercussion in the country, the most notable being the mass of Pope Francis in front of one million people in 2015 or the mass gathering after the death of Fidel Castro in 2016. 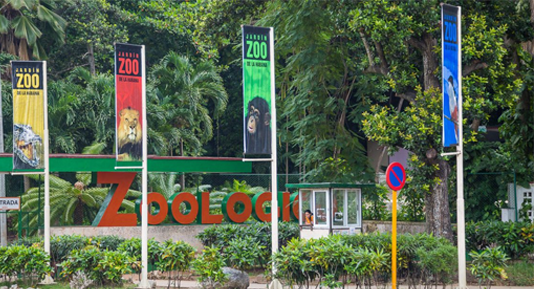 The National Zoological Park of Cuba is the center in charge of exhibiting representative animals of the native fauna and of other continents and countries.

In the enclosure visitors can see more than a hundred different species, many of them coexisting in semi-freedom, such as ostriches, zebras, rhinos, antelopes, leopards, lions and a huge variety of native birds. 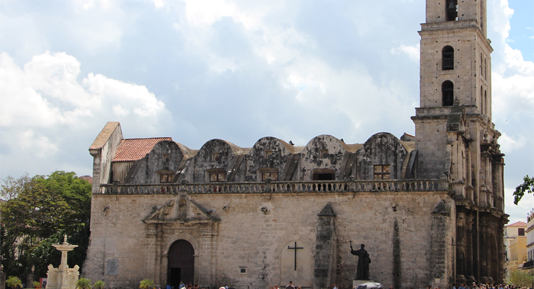 Also known as the Convent of San Francisco de Asís, it was founded at the end of the century in 1575 by the Franciscan Order, responsible for the evangelization of the natives in the American continent.

The temple was demolished and rebuilt between 1719 and 1738 as we know it today, in the Baroque style. For its exceptional acoustics, the basilica has been used as a concert hall for choral and chamber music and as the venue for the Ancient Music Festival of Havana. The rooms of the convent house the Museum of Religious Art. 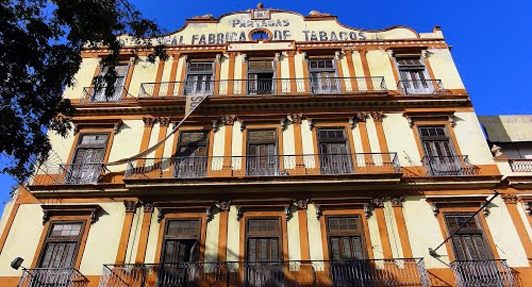 One of the oldest and most recognizable brands in Cuba (it was founded by Jaime Partagás in 1845), the Partagás cigar factory now welcomes some 500 workers who manufacture cigars for brands such as Montecristo or Cohiba.

Lovers of Cuban cigars can not miss a visit to their facilities, where they will see in person how they roll, press, decorate and pack the best cigar in the world and, if they wish, buy them in a sales room. 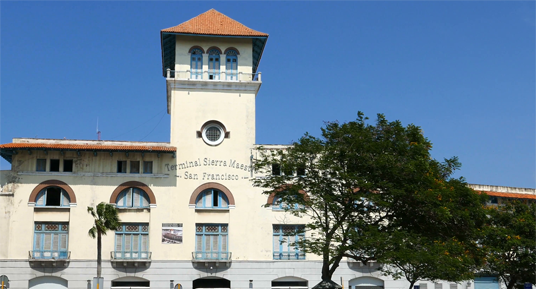 A favorite place for cruise ships from all over America and Europe, the Sierra Maestra Cruise Terminal was built by the Port of Havana Dock Company and inaugurated in 1914 to be the capital's loading dock.

Throughout its history it has also served as Office of the General Customs of the Republic, General Inspection of the Port and Immigration. It became the main cruise ship landing site on the island after a reform in 1996. Thanks to its location in the historic center of Havana, it is an ideal place to start getting to know the capital. 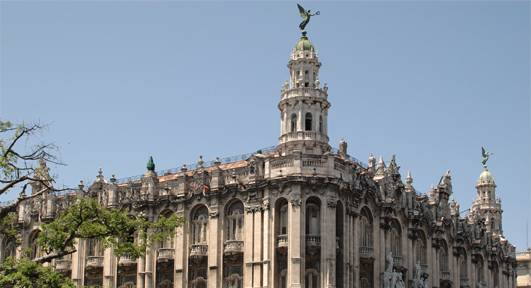 Of neo-baroque style, it was inaugurated in 1917 and included, apart from the theater, two dance halls, a casino, games halls, offices, savings bank, treasury, restaurants, and cafes. Its international range has been supported by the variety of ballet, opera and dance proposals, and by the quality of the representations with cast of first international category. 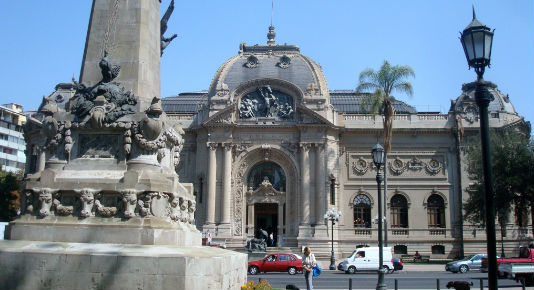 Every great capital must have its great museum of fine arts, and Havana was not going to be different. If you are interested in learning more about the evolution of Cuban art, the institution preserves hundreds of chronologically ordered pieces of all kinds from the 17th century to the present ...

... but if you are fond of art in general, in the museum you will also find a wide collection of works from all periods and locations (from prehistoric or Greco-Roman art to Latin American through seventeenth-century Dutch or Spanish among the fifteenth and nineteenth centuries, among many others). 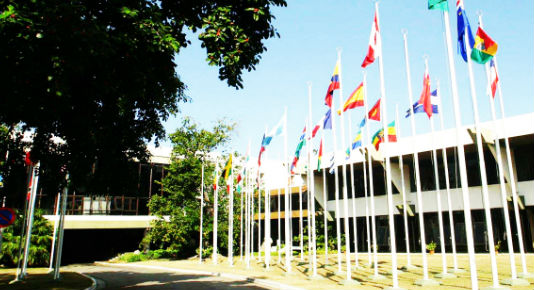 Founded in 1979 for the celebration of the VI Summit of the Movement of Non-Aligned Countries (NAM), the Havana Convention Center has hosted numerous events and congresses, as well as the ordinary and extraordinary sessions of the National Assembly of Power. Popular of Cuba.

The complex has the four star hotel Palco. 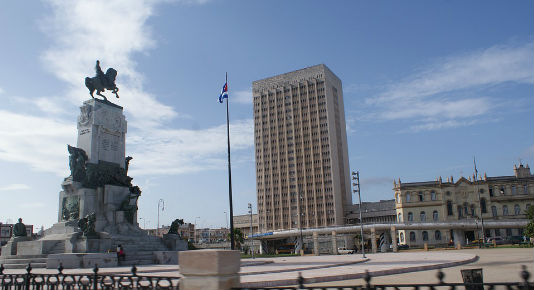 Officially named "Hermanos Ameijeiras" Clinical Surgical Hospital, it is the leading hospital in Cuba and the flagship of Cuban health.

It is located in a tower 75 meters high, clearly visible from the Malecón between the historic center and the neighborhood of Vedado. It receives its name from three revolutionary brothers who died during the Cuban Revolution and who were neighbors of the area. 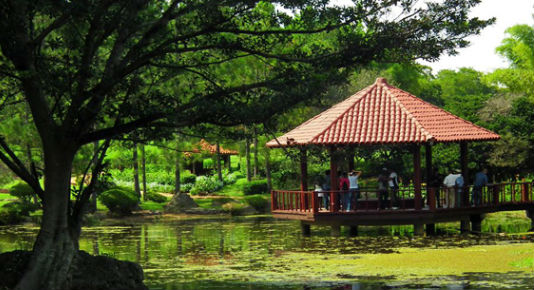 Some 600 hectares with 4,000 native plant species and from all over the world make up the National Botanical Garden of Cuba. Founded by the Cuban government in 1967, it is administered by the University of Havana.

It includes several pavilions of exhibition with species of arid and tropical zones, tropical, subtropical and tropical forests of mountain and of aquatic zones; wide outdoor spaces with Cuban flora and the four continents and specialized collections (archaic forest, palmetum, economic plants ...). 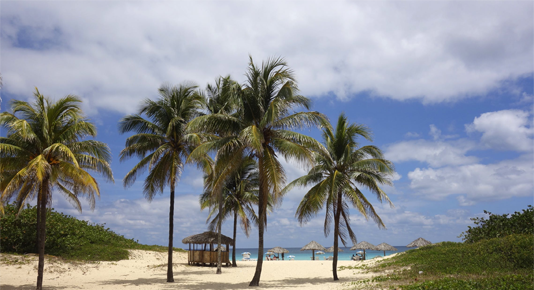 The so-called "eternal summer" of Cuba, its always blue sky and the high temperatures favor the enjoyment of a bath. Only 20 minutes from the city of Havana we find the East Beaches, a coastline of nine tropical white sand beaches and turquoise waters ideal for cooling off, sunbathing and diving or snorkeling.

It is recommended to travel to the area by taxi or by tourist bus, available only in the months of July and August. 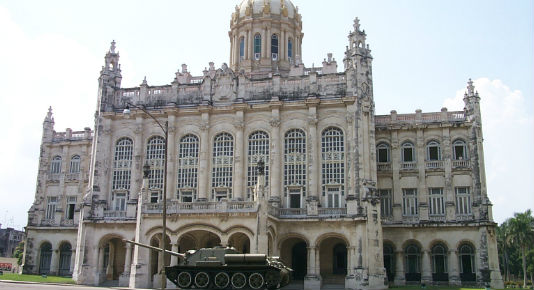 Museum of the Revolution(1 km)

The Old Presidential Palace, built between 1909 and 1920 and which was, until the overthrow of Fulgencio Batista, the seat of the Cuban Executive, since 1974 has hosted the Museum of the Revolution. 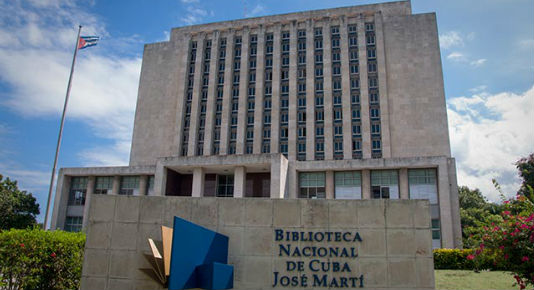 The National Library of Cuba José Martí is the repository of the patrimonial treasure-documentary, bibliographic, artistic and sound-of the country. Founded in 1901 by Military Law no. 234 of the North American Government Interventor ...

... its headquarters was located in several places of Havana until it was definitively established next to the Civic Plaza (later called the Revolution) in 1957. It is part of a national library system composed of more than 400 centers. 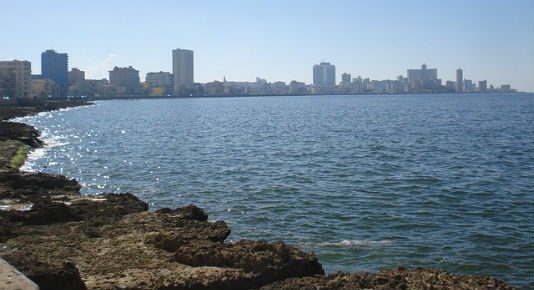 One of the best known destinations of the capital and of Cuba in general, the Havanan Malecón consists of a six-lane avenue and an eight-kilometer-long wall that runs along the northern coast of the capital.

Numerous monuments are located in its surroundings, such as the Castillo de la Real Fuerza in Havana, the Castillo de San Salvador de la Punta or the Torreón de la Chorrera. In addition, the walk is the favorite place for many Cubans to meet to contemplate the sunrise or meet with relatives and acquaintances.